St Aloysius College (Autonomous) is organizing a four-day Literature festival called The Aloysian Literature Fest (ALF) 2020 under the aegis of STRIDE (Scheme for Trans-Disciplinary Research for India’s Developing Economy) of the UGC. The college is proud to have received this grant to conduct trans-disciplinary research in the area of Culture Studies. The Fest comprises of various cultural events like performance of folk dance, songs, theatre activities, documentary screening, dance / art workshops, and interactive sessions with scholars in the field of folklore from across the nation, who will share their research work with students, teachers and researchers and the public. 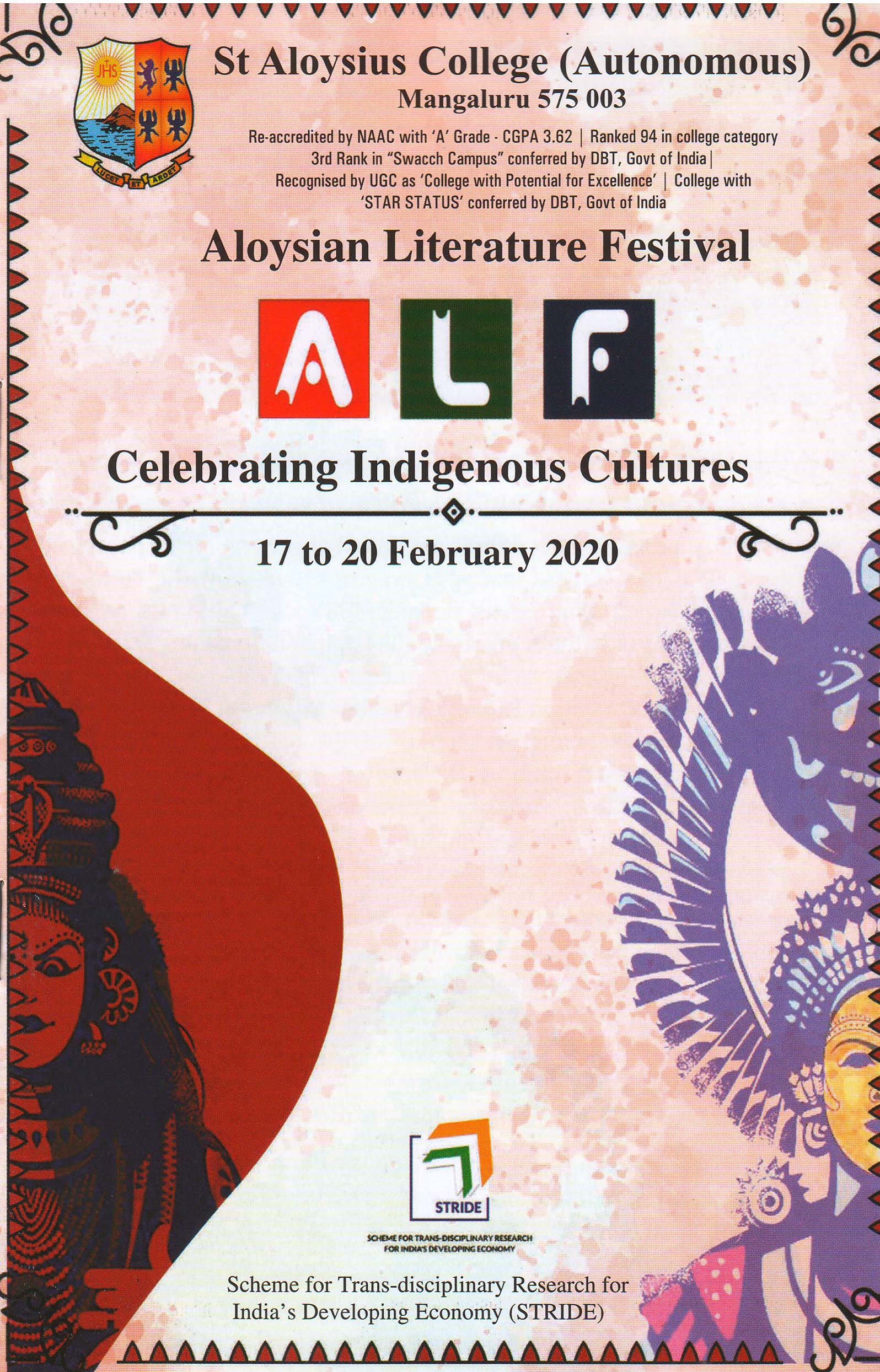 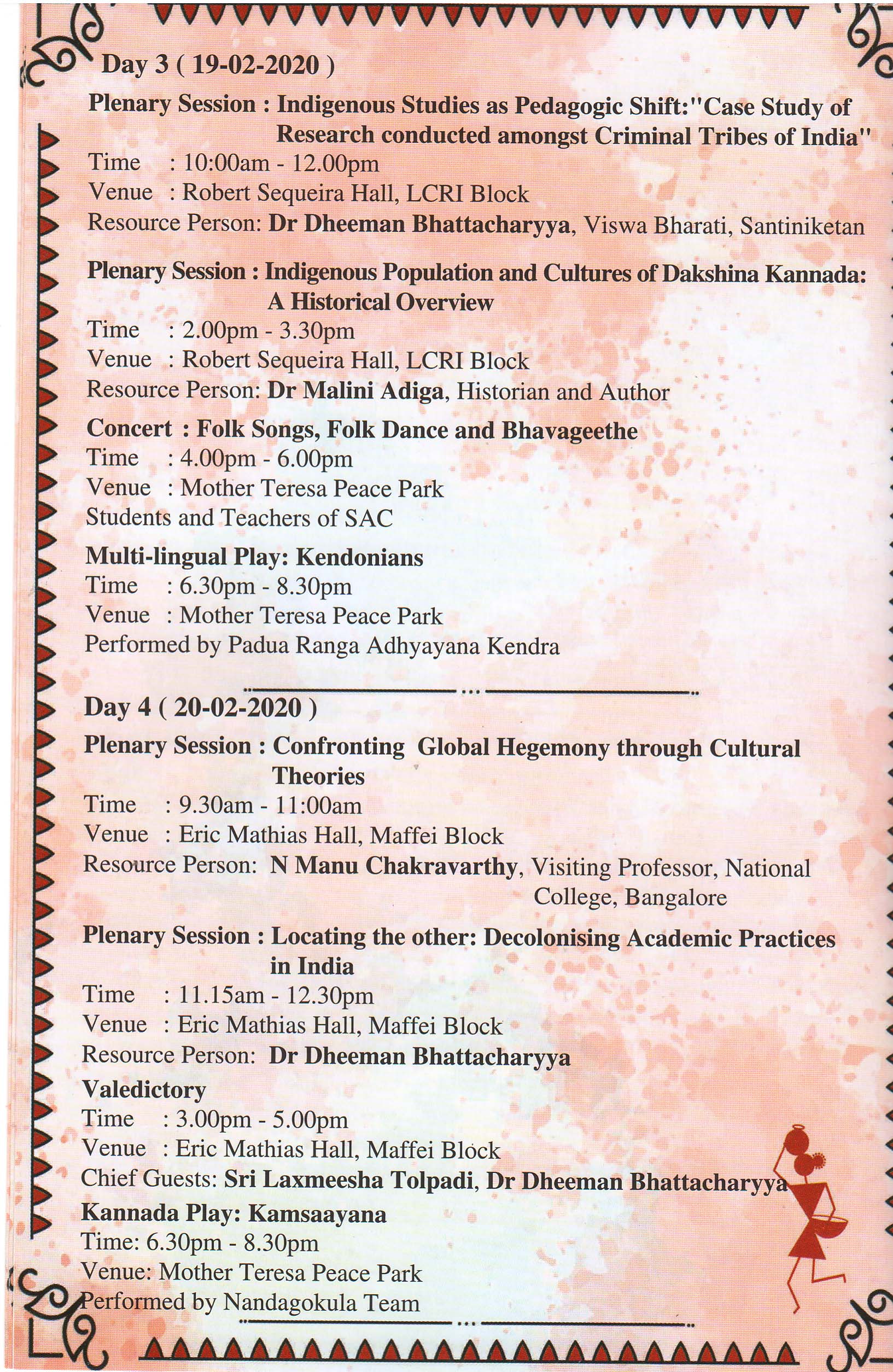 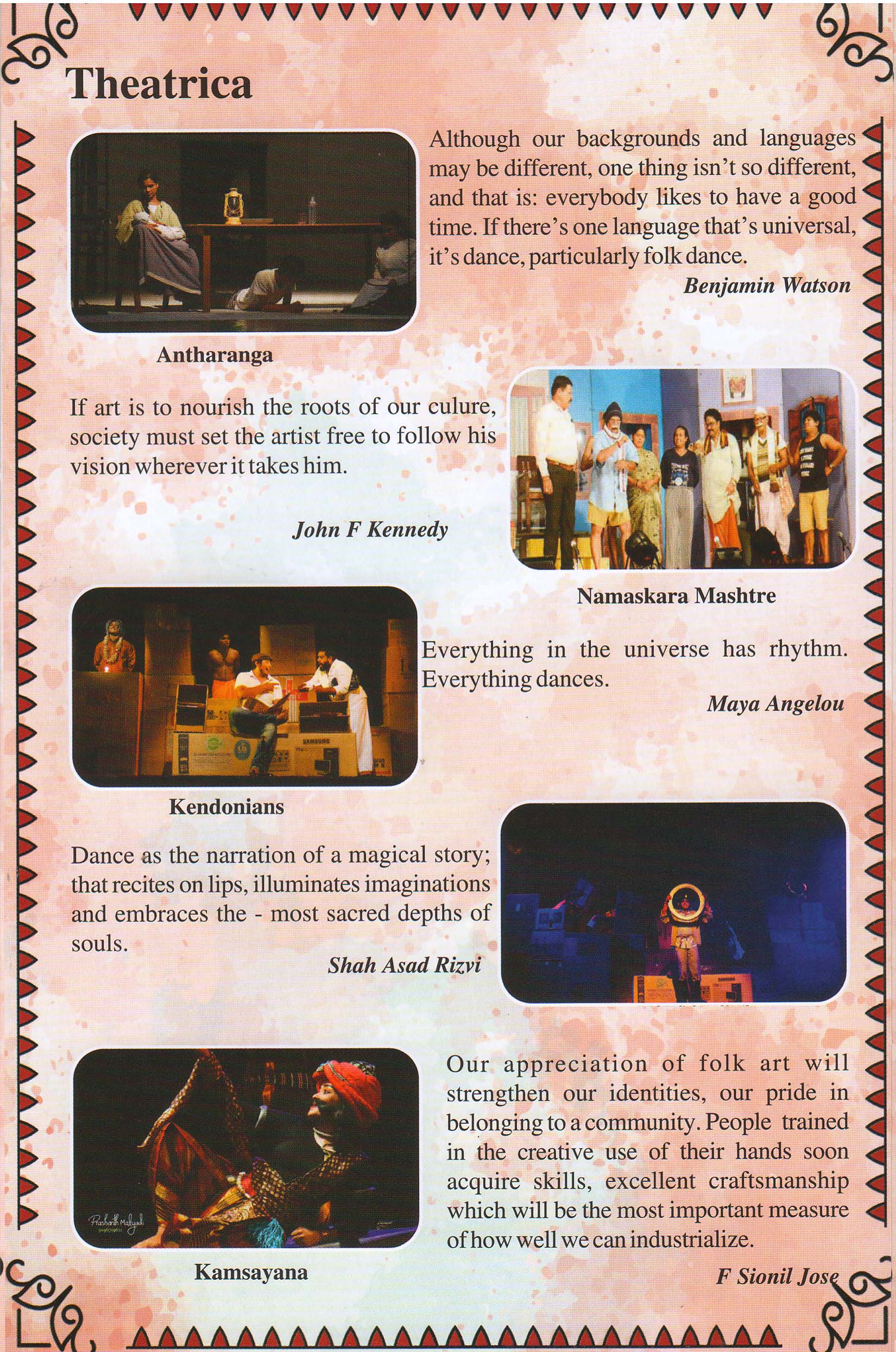 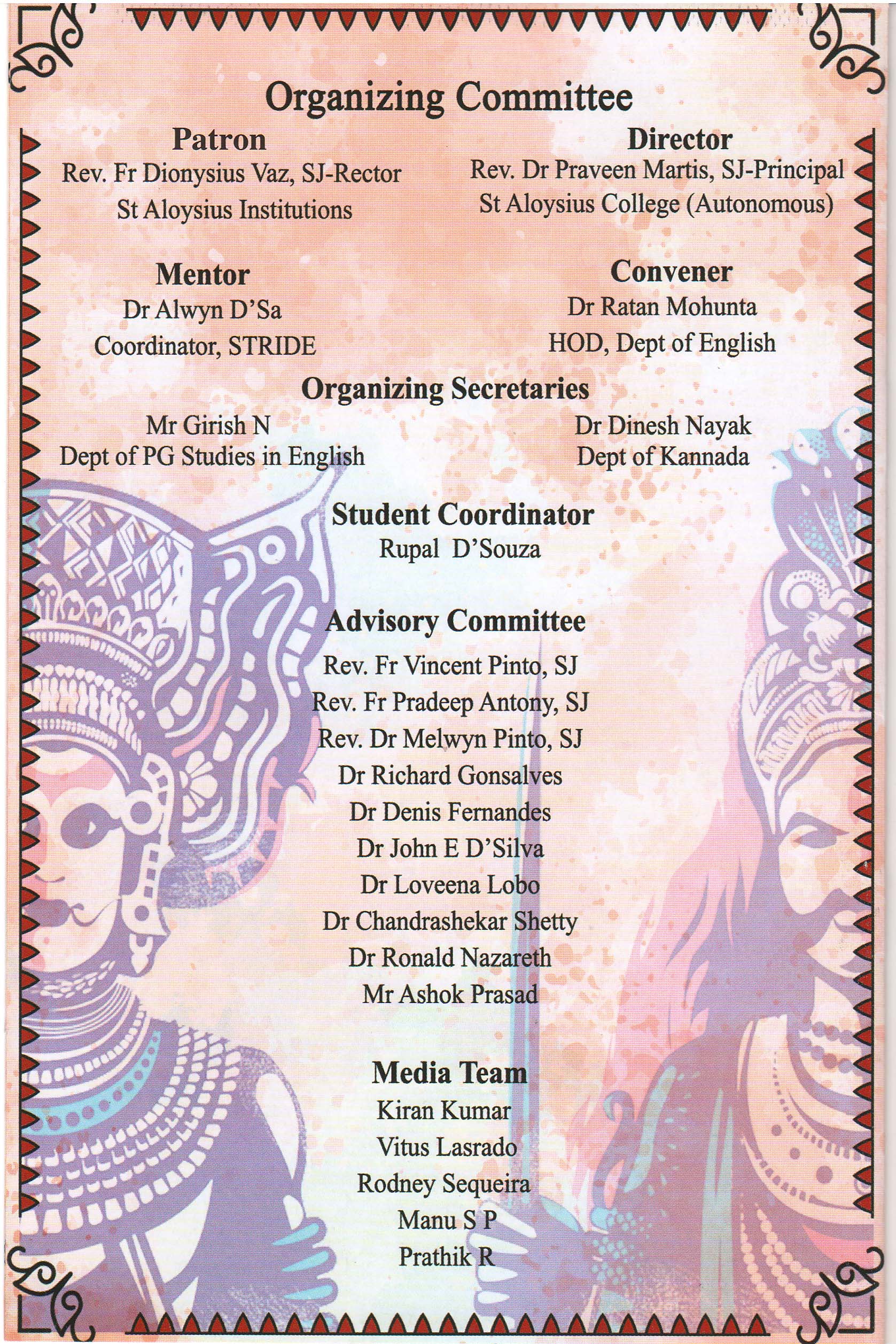 Day 1: Professor K Chinnappa Gowda, former Vice-Chancellor of Karnataka Folklore University, Shiggavi, will inaugurate the event at 10 Am on Monday, 17 February 2020, the opening day of the fest. The inauguration will be followed by an inaugural lecture by the honorable guest.  There will a plenary session in the afternoon on “History and Contemporaneity in Indian Fiction” by renowned novelist and author, sri Vasudhendra. This will be followed by “recitation of multi-lingual poetry” by students and staff of the college between 4PM and 6 PM. Later at 6.45 PM, Ninasam Marutirugata will perform will perform a kannada play Antaranga.

Day 2 (18 February): The second day begins with a plenary session of novelist and author o short stories sri Gopalkrishna Pai will share his ideas on “The Memories of the Indigenous: Shifting Identities.” This will be followed by screening of a documentary film and interaction with the Director sri Prithvi Konanur. At 4 PM there will be a multi-talent display by students called “Open Mike.” At 6.30 PM, a well-known Tulu Play  Namaskara Masthre will be performed by Cha Parka Kalavidaru.

Day 3 (19 February): The third day begins with a plenary session by eminent scholar and researcher in ethnic studies Dr Dheeman Bhattacharyya, assistant Professor of Comparative Literature, Viswa Bharati, Santiniketan who will speak on “Indigenous Studies as Pedagogic Shift: Case Study of Research conducted amongst Criminal Tribes of India.” This is followed by a second plenary session by Dr Malini Adiga, Historian and Author who will speak on “Indigenous Population and Cultures of Dakshina Kannada: A Historical Overview.” At 4PM the students and staff of SAC will entertain the audience with a spectacular performance of folk songs, dances and bhavaageete chosen from different languages and cultures. At 6.30 a multi-lingual play Kendonians will be performed by Padua Ranga adhyayana Kendra.

Day 4 (20 February): The concluding day will begin with two Plenary sessions,; one by prof. N. Manu Chakravarthy who will speak on “Confronting Global Hegemony through Cultural Theories,” followed by Dr Dheeman Bhattacharyya who will speak on “Locating the Other: Decolonizing Academic Practices In India.” Sri Laxmeesha Tolpadi and Dr Dheeman Bhatacharyya will be the chief guests at the valedictory program of the fest.

Misuse of data and images from the college website is not permitted. Serious legal action would be initiated against the miscreants.